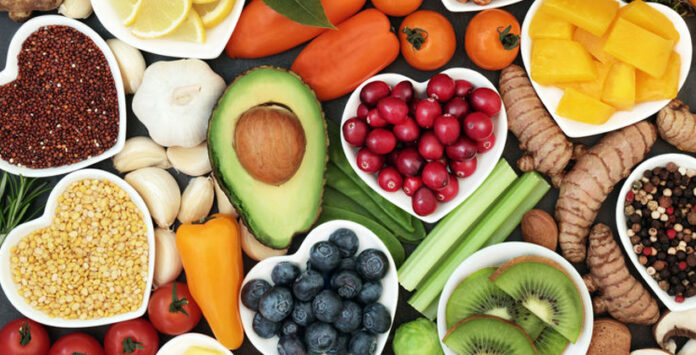 You have arthritis and you don’t deserve it!

The word ‘arthritis’ is made up of two words: ‘arthron’ in Greek, meaning ‘joint’ and ‘itis’ in Latin, meaning ‘inflammation’. Broadly speaking, Arthritis is a general term denoting joint pain, inflammation and conditions that cause stiffness .Scientists suggest that including anti-inflammatory foods in your diet can limit the pain in the joints, though there is no such evidence of any special or magical diet that can fully cure the problem of arthritis.

Moving forward, let’s examine some of the foods to be included in our diet to cope up with arthritis.

Omega-3 fats are considered very helpful to lessen the inflammation, proving to be very efficient, especially for Rheumatoid Arthritis.Fishes like trout, salmon, tuna and mackerel are rich in omega-3 fatty acids. Adding fish to your weekly meal can be very beneficial to deal with the problem of arthritis. Garlic has many medicinal benefits and has been in use since very long. It is known to have antimicrobial and anti inflammatory properties.It has “DiallylDisulfide”, a compound that helps to fight against many diseases—including Arthritis.

Turmeric is basically a spice, widely used in the Indian food. There are various researches supporting it as being a very powerful anti-inflammatory agent. Milk served hot, mixed with turmeric is an ancient indigenous recipe used to flush out body pain and tiredness. Turmeric contains a compound called “curcumin,” which is responsible for its anti-inflammatory traits.

Vitamin C is known to have anti-oxidating and anti inflammatory properties. We can easily procure e vitamin C from fruits like lemon, mango, pineapple, or strawberry. Also there is never a risk of higher dose of Vitamin C as any excess trait of it is flushed out with urine from the body. to be very good for fighting against Arthritis. In spite of being rich in fat and calories, researches show that nuts even promote weight loss due to the presence of monounsaturated fats and fiber content in them. Adding them to your daily diet can prove to be very effective. similar effects like those anti-inflammatory non-steroidal anti-inflammatory drugs (NSAIDs) such as Aspirin. It stops the secretion of inflammatory enzymes and therefore reduces inflammation and pain. Applying the extracted oil on the affected joints regularly can significantly drop the amount of pain and stiffness in the joints.

Following the above powerful food combinations can significantly reduce the ill-effects of Arthritis. On a higher note, one should be very careful about fat accumulation in the body, as addition of every 1 unit of weight increases the load on your knee joints by 4 units. Avoid any chance of being obese; a link between being overweight and development of osteoarthritis has been clearly established. Also try to avoid some of the foods that aggravate the condition of Arthritis. Dairy products have certain proteins that increase inflammation. Preserved, processed and hard fried foods are to be avoided.

Tips to Protect Your Hair and Avoid Hair Fall

For the Crown of Our Head Hairs are like the crown of our head. No one would like to imagine him/her without hairs on the...
Read more
Health & lifestyle

Why Is Health the Real Wealth and a Precious Gift That We Tend to Ignore?

From the words of Virgil, we can say that - The greatest wealth is your health! People usually have different perspectives to their lives. Health...
Read more
Health & lifestyle

How to Burn Fat Naturally?

Are you struggling to lose fat and look slimmer and feel fit? Do you feel disappointed seeing your own oversized clothes? Don’t worry! You...
Read more

Understanding Your Spine & Back Health

admin - February 9, 2021 0
How to Get Rid of Sciatica Pain In Leg Always seek the advice of your physician or other practitioner before beginning a new program or...

How to Get Rid Of Back Pain

10 PRECEPTS FOR HEALTH, HAPPINESS AND HARMONY IN LIFE

HOW DO YOU KNOW IF YOU HAVE DEPRESSION?

If you ever need any feedback or support in relation to health, fitness and Ayurveda then I would be happy to connect with you. Simply leave your comments on our contact us page and try making sure that you visit my site as and when you have time.